The project is focusing on local media, availability of information on local affairs, The influence of local media on democracy, the objectivity and balance in local media and the gradual disappearance of regional media.

We understand the availability of unbiased media crucial for shaping freedom of opinion and the independent media as a core stones of democracy. We witness biased local newspapers and disappearance of a number of objective regional media which threatens the existence of democracy.

In each V4 country we can find specific causes and consequences of the crisis of local journalism, each partner has a specific view on the appropriate solution. However, the objective decline of local media, their viability, political independence and the deterioration of transparency of media ownership is common in all V4 countries. According to a 2020 survey by the Centre for Media Pluralism and Media Freedom, all V4 countries have political independence of media, market pluralism (assessed in terms of transparency of media ownership, viability of media, commercial and ownership influence on editorial content) and access to media for regional communities in high or medium risk areas.

The aim of the project is to share concrete experiences and lessons learned, discuss practical steps for improvement and share best practice examples. Launching a common debate on the decline of local media and the overall crisis of regional journalism, connecting individual journalists and raising awareness among the general public will lead to the selection of the most appropriate tools to improve the current situation, benefiting the citizens of all V4 countries. 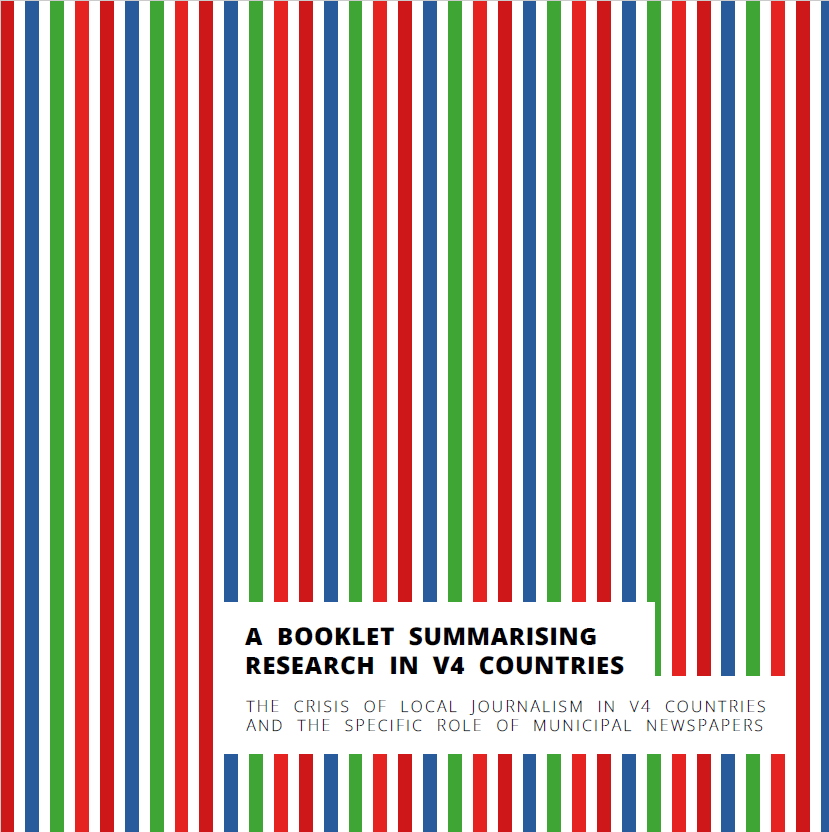 A booklet in which you will find conclusions from research and analysis of the state of regional journalism in individual V4 countries and their comparison with each other.

Media deserts are expanding and the formerly relatively rich regional press is now a torso. Printed regional newspapers are gradually disappearing in all countries, but their indispensable watchdog role has not been fully taken over by any other type of media. The vacant space has been occupied by town hall newsletters published directly by cities and counties and by issue-based actors who have resigned themselves to professional journalism and operate in symbiosis with local or national government structures. Although there are glimmers of quality regional journalism in every country, without systemic solutions and support, the situation will not improve.

These are the disappointing conclusions of a survey on regional journalism conducted with the support of the Visegrad Fund by the NGO Oživení, z.s , the Slovak Transparency International, the Polish watchdog Sieć obywatelska and the Hungarian Merték Media Monitor.

The aim of the meeting was to find consensus and possibilities for systemic support in the field of regional journalism. The event was financially supported by the International Visegrad Fund.
Similar meetings and roundtables for regional media are organised by other V4 organisations. 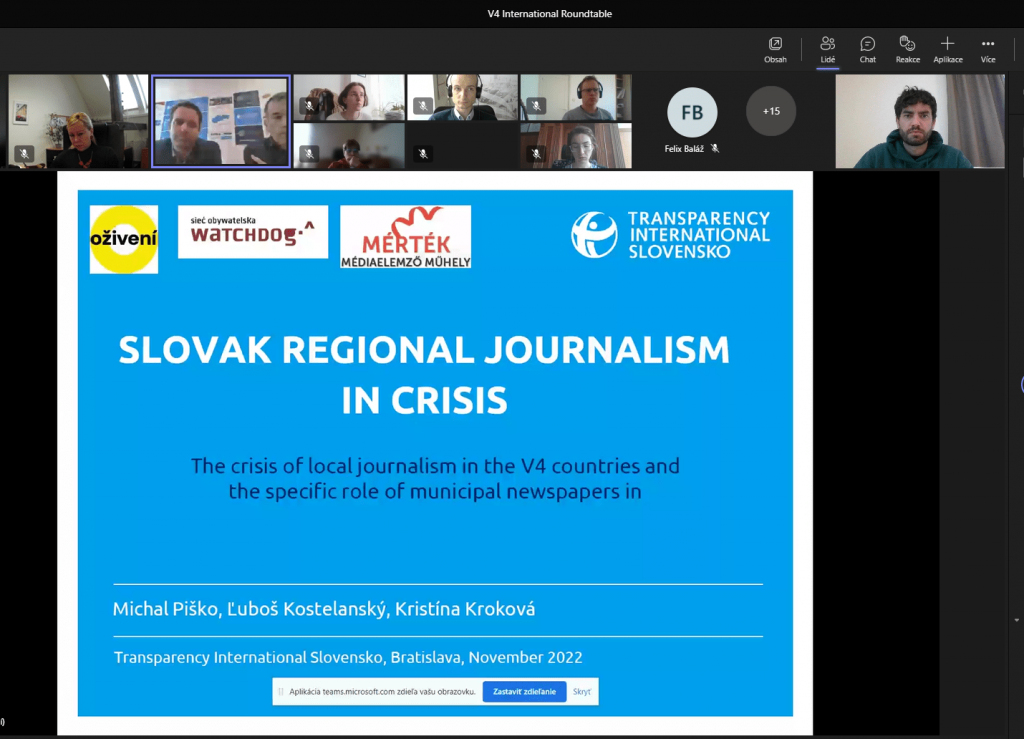 International Roundtable – a collaborative online debate with international partners and many journalists. Each partner presented the results of their local research.

During the debate, common problems across the Visegrad V4 countries were defined and participants discussed possible solutions. A large number of local journalists registered for the round table.

With the dwindling number of independent local newspapers, correspondents that primarily present political PR and have a very low journalistic standard are the predominant source of information about local events.

Local media and newspapers are usually distributed free of charge to mailboxes, so the content has a wide reach.

We have been conducting a pre-election analysis of the town hall newspaper since 2006. Thanks to our efforts, an amendment to the press law was pushed through, which ensured that the opposition has guaranteed access. Unfortunately, the law does not increase the quality of information about local events. We feel that it is necessary to look for new ways to achieve improvement.